About the Catskill Symphony Orchestra

Since 1953, The Catskill Symphony Orchestra (CSO) has provided an unparalleled resource to entertain, educate, and inspire audiences of all ages in upstate New York—by presenting an ensemble of the highest artistic quality performing the full range of symphonic literature. The CSO typically holds five concerts per season to an audience of over 3,500 patrons.  Under the direction of Maestro Charles Schneider, the CSO selects repertoire from the five major musical periods: Baroque, Classical, Romantic, Modern, and Contemporary.  Each season includes beloved, familiar works, unfamiliar traditional works, and new music. Nearly every concert includes an exciting soloist. 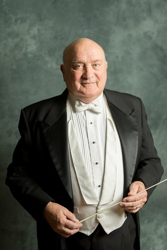 Charles Schneider is a graduate of Cornell College in Iowa.   He attended the Juilliard School of music as a piano student and in succeeding years garnered much conducting experience both on Broadway and on national tours. Among his many Broadway credits are West Side Story at Lincoln Center, Your Own Thing and Sweet Potato.

Mr. Schneider studied symphonic repertoire with Igor Markevitch of the National Orchestra of Monte Carlo, Herbert Blomstedt of the San Francisco Symphony, and Franco Ferrara of the St. Cecilia Academy of Rome. Mr. Schneider spent one season as associate conductor of the Kansas City Philharmonic, was the music director of the American premiere of The Rise and Fall of the City of Mohogany with the San Francisco Opera, and conducted the New York revivals of Trouble in Tahiti and Down in the Valley. Mr. Schneider also conducted the Glasnost Ballet during their first American tour. 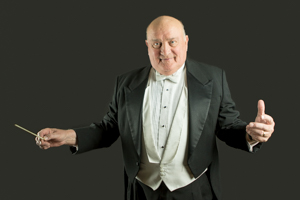 Charles Schneider is the Music Director of the Catskill and Schenectady Symphonies in New York where he has received three ASCAP awards. He was the founding Music Director of the Glimmerglass Opera, and served in that capacity for thirteen years. He is Co-founder of the Catskill Conservatory and has served on the music faculties of the State University College at Oneonta, Hartwick College, Colgate University, Hamilton College and San Diego State University. The Highly Acclaimed Society for New Music in Syracuse, New York has frequently called upon Mr. Schneider to conduct their productions. In the year 2000, Mr. Schneider received a citation from both the United States Congress and New York State Governor, George Pataki, for his outstanding musical contribution to the mid-state area.

The mission of the Catskill Symphony Orchestra is to entertain, educate, and inspire audiences of all ages by presenting a professional ensemble of the highest artistic quality performing the full range of symphonic literature.  The Orchestra also seeks to broaden the availability and appreciation of symphonic music in Oneonta and the surrounding communities, and to provide a challenging environment for talented regional musicians.